Today we celebrate another holiday that is actually on the congressional books. It’s American Eagle Day!  The American Eagle or Bald Eagle is my favorite bird!  In addition to being a beautiful bird, it’s large, strong, and glides regally through the air.

Although the United States adopted the Bald Eagle as a National Symbol, it has been representing republics since the Roman era.  Benjamin Franklin was not overly excited or excited at all about the Bald Eagle representing America.  He called it a “bird of bad moral character.”  While America is a good place to live, it’s rich moral character is not the first thing that comes to my mind when I think of the threads that weave its moral fiber.  So, maybe the Eagle was an appropriate choice.  And, despite the moral roller coaster of American history, like the Bald Eagle, it bounces back before completely hitting the ground.

Celebrate today by practicing your Eagle calls, which is surprisingly very high pitch. And, should you attract an eagle, duck.  Their talons are very sharp!  Look up and… 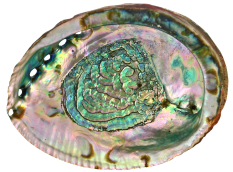