As if the fellas haven’t had enough recognition this month, it’s Stupid Guy Thing Day! Often men; Dads, husbands, and brothers are the butt of the joke in sitcoms, disproportionately to women and it may not seem fair.  However, if art imitates life, you have to admit, men must be doing some stupid things from time to time.  Maybe stupid is a harsh word, let’s just say that sometimes they operate on a different logical plane than women.  Men are from Mars and women are from the place where they think everything through, consider all possible outcomes, and everyone’s feelings in addition to logic (usually). 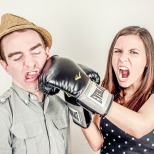 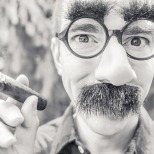 For the creative and funny.  Tape everything (especially him)!  If he keeps doing dumb stuff resulting in minor boo-boos, small concussions, and winning America’s Funniest Home videos or landing a commercial spot after the YouTube video goes viral.  At least his silliness is profitable. Have fun building that nest egg and let him entertain you! Beef up the health coverage (until Congress takes it all away) and increase the life insurance.

There are a ton of movies you can watch related to today, but instead of Netflixing, go out and people watch or Stupid Guy Watch.  Have fun and… 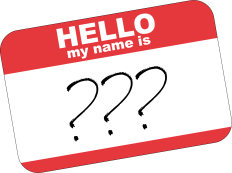